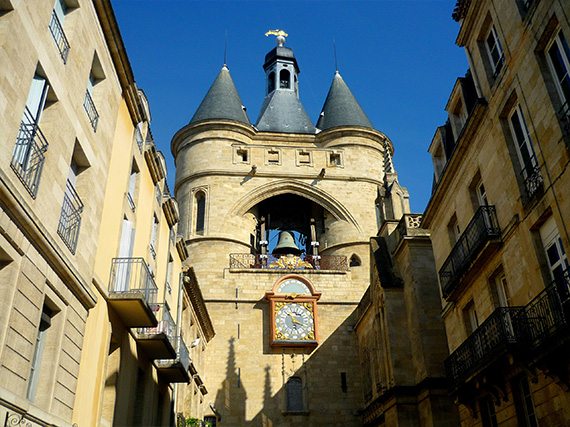 The Bordeaux amphitheatre Palais Gallien says is a Roman arena from the early century and it remains still today. It is the subject of classifications as the historical monuments since 1840. Today only a relatively small portion remains of what was once quite a large Roman amphitheatre. On the whole elliptical in shape, the amphitheatre measures about 70 metres in 47 metres when it was complete and is thought to have had a seating capacity of at least 17,000 people once.

The arena was built by the 3rd century AD when Bordeaux, then known as Burdigala, was the capital of the Roman region of Aquitaine. Historical sources indicate that it was probably built to mark the visit to Aquitaine by the Emperor Lucius Septimius Bassianus, habitually known to be Caracalla. Though only a part of the amphitheatre still stands today, one can get an idea of how big it was once on the Google map below. Looking at the satellite version of the map, one will clearly see the standing remains of the amphitheatre. Also, can then trace the standing arc to the right and follow the shape of this arc as it is has been preserved in the alignment of the roofs of the buildings that were developed against the amphitheatre and then those that were built after such portions were destroyed.

The Gallo- Roman city of Burdigala could have built this amphitheatre at the Caracalla passage in Aquitaine. The wall remains are mix-up opus, alternating with regularity small stones white stone and brick beds, a device used between the late second and third centuries. The 2010-2011 excavations were used to refine the dating proposed in the early second century.

It is assumed that the amphitheatre was burned during major raids on the Frankish Gaul 275/276. Chronicles indicate that it would have burned for two days, which is consistent with the presence of wooden bleachers. It was later abandoned. It constituted a refuge of mobsters and prostitutes in the seventeenth century and became a tip “sludge and buriers”.

There are also early sources that seem to suggest that the ruins are the remains of a palace built by Charlemagne for his wife Gallien. There is, however, no doubt whatsoever that these are the remains of a Roman amphitheatre. According to sources, the building owes its name similar to a legend of the middle Ages, which interprets it as a palace and attributes its construction Gallien Charlemagne for his wife. This allocation is recognised as wrong because of the building is a Roman amphitheatre with oval rim reads well on the aerial view of the city of Bordeaux.

Other sources indicate that the Palais Gallien was named after emperor Gallienus, who reigned from 253 to 268. However, the construction technique seems anterior to the reign of this prince. The currencies of Gallien, Tetricus and Posthumus were discovered in the excavations of the building, as well as potsherds starting from the third century, but there has also discovered a bronze of the reign of Emperor Trajan, who maintains the doubt on the date of construction. A revealing programme in between 2010-2011 made it possible to more precisely date the monument at a perfect day.

Bordeaux’s Origins date back to Roman times, but from that era, nothing but the Palais Gallien has survived. It is rather a curious sight as it is located amidst residential buildings and not visible until you have reached it. It was probably meant for Games and for combat between gladiators. It is very similar in size and spatial organisation to the stadiums of Arles and Nimes. In the 17th century, the Palais Gallien served as a shelter for thieves and prostitutes and it was rumoured that it was a meeting place for witches, until mayor transformed it into a public quarry during the French revolution.