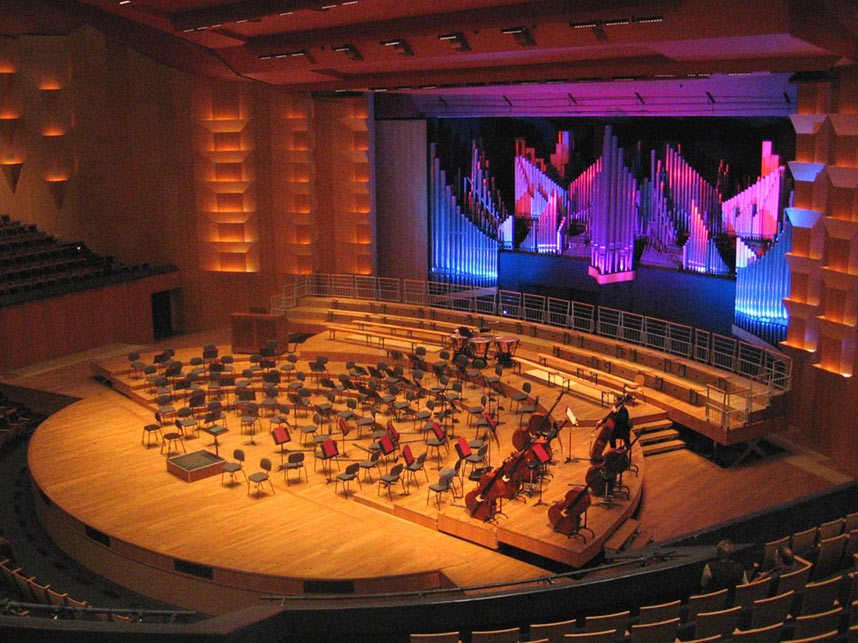 Auditorium of Bordeaux is an auditorium with two theatres of 1440 seats and 300.  It welcomes the Orchestra National Bordeaux of Aquitaine.

Auditorium of Bordeaux project was launched in 2003, the project to build a concert hall in Bordeaux became reality at a concert on January 24, after eight years of work punctuated multiple setbacks. In 2004, the building permit is filed and delivery is scheduled for 2007. In November 2005, the demolition site begins with an asbestos removal phase longer than expected. After engaging surveys, an excavation begins.

It will last ten months and reveal Roman walls, baths and artisan workshops. Delivery is postponed to 2009. In fact, the work reflects only the end of 2008 and then, after another interruption due to a construction company to change in June 2010 for a new delivery in 2012.

Fascinating actuality of Auditorium of Bordeaux

Auditorium of Bordeaux opened its doors in January 2013. It has around 1440 seats, the Dutilleux room and a second modular auditorium with 300 seats, the sauguet room. Performed by the National Opera of Bordeaux, programming evolves musical offering in multiple directories like classical, jazz, world music.

The circular arrangement of the largest room, called “enveloping”, allows the public to be very close to the musicians, no spectator is more than 24 meters from a viewer. To give a point of comparison, at the Salle Pleyel, this distance is just 48 meters. In Bordeaux, it innovates, but the contact.

Design of Auditorium of Bordeaux

The vast Auditorium of Bordeaux with 1440 seats hides his game. On the Clemenceau course, its exterior  displays a simple stylish, fully integrated with surrounding buildings in the centre of the Bordeaux city. The wide entrance if the terrifying one whose white stone and glass doors invite to go inside further.

The spot which is modulated according to needs with adjustable shelves can accommodate up to 120 musicians. Aww! it’s such an enormous auditorium that can hold on upto more than 1000 members at a time!!!