a European trip covering 18 stops and 10 stages from Verdun in France to lake Maggiore in Italy and over 4000 miles.

Blaye’s fort and outwork of Vauban is a typical work of military architecture in the western side. Blaye’s citadel is listed as a World Heritage Site, since the year 2008.

A great work by the famous military engineer Vauban named Bolt of the Estuary is found on the either side of Gironde to protect Bordeaux from foreign naval attacks. It consists of three outworks: the fort of Blaye on the right bank, Fort Pate in the middle of an island and Fort Medoc on the left bank. The Gironde estuary has been listed as UNESCO World Heritage Site along with the 11 other citadels making up the utmost Vauban’s sites.

This estuary is formed by the meeting of Garonne and Dordogne rivers, the Gironde river flows into the Atlantic Ocean. It is the largest estuary in Europe. This unique found in the middle naturally includes a region of nine islands. Some of these are accessible during the tourists season on a journey leaving from Blaye’s citadel. There are enormous bird species living in the Gironde estuary.

Road on right bank of Gironde

Running alongside the estuary, a road links the village of Plassac with its Gallo-Roman vestiges to the medieval town of Bourg, by the way of Pair-non-Pair cave dating from 33, 000 BC. The road is nicknamed as le Petit Nice because of its thriving flora and microclimate. The town features cave houses, fishing nets and landing stations for fishing boats typical for the estuary.

Located between the estuary and the monuments of Blaye, the Blaye part of Bordeaux title, produces high-quality wines with red and white varieties. Blaye winegrowers are very fulfilled about their profession and are extremely glad to welcome visitors like you to their family-owned estates!

The 70-kilometre long estuary has shaped out the environment of Gironde region. You can enjoy the boat sailing or trips in a boat in the large Gironde estuary during summertime and find various colours of the conserved natural site in Gironde. Visitors will most preferably choose this place to visit the time of having lunch, dinner or even a picnic on those different islands or on board. You will then finally find an original heritage site in Gironde estuary.

You can choose between having lunch, dinner or a picnic on the different islands or on board. You will then discover a primitive heritage site. The outworks, fortified gates, barracks, prison and gunpowder magazine are an evidence of the guarded system are the places for visitors to see on a tour to Blaye’s citadel.

Blaye is a pretty little town within the walls and several bars, cafes and restaurants. Whatever may be the place you plan and come to Bordeaux, do not forget to have an unforgettable visit to the amazing citadel of Gironde as it deserves an amazing person like you! 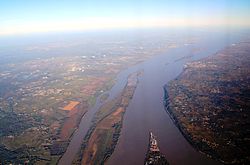