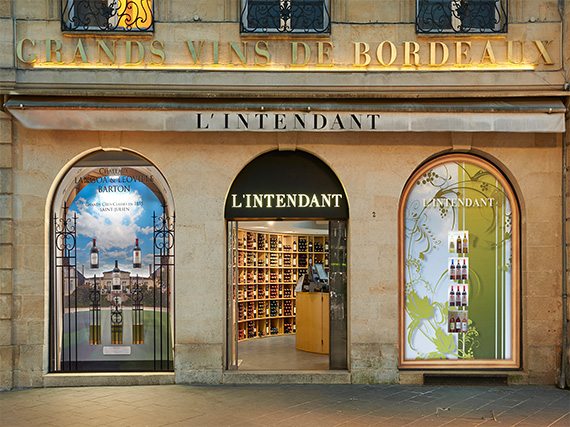 A vital wine dealer in the city of Bordeaux.

The intendant is retained by Duclot, a vital wine dealer in the city of Bordeaux. Along with a stock of various million bottles and large formats, bought directly from the castle and stored in 20, 000 m2 new cellars. The Duclot in 1886 was endowed by Sixte Duclot, then the company was named after acquiring in 1956 by Jean- Pierre Moueix.

When Jean-Francois Moueix succeeded his father in 1970, he initiated a new activity, complementary to traditional trading in France and abroad. Exchanging wine to private customers, first by mail order and then in the store, the intendant and Bordeaux, the cave lafayette gourmet in Paris, the bordeauxtheque, chai and bar, chateaunet with its concept of a web site and associated stores.

Within the famous “Bordeaux triangle”, the historic heart of the city, behind the facade of a small seventeenth-century mansion, stands with an outstanding construction. A circular tower 12 metres high, which houses the greatest wines of Bordeaux, 15000 bottles spread over 5 levels. At the foot of the tower stands a beautiful original work of Jean Dubuffet, calmly entitled “The glass of water”.

Fabulous scramble in the world of Bordeaux wines

The ground floor offers a wide selection of half bottles and delightfully affordable wines. Then, the higher you go up the stairs and you get in the Bordeaux pyramid: after a selection of red and white wines at less than 20 Euros on the first steps, you will observe the crus bourgeois and second wines. Then you come to the classified growths of the Medoc, great red wines from Saint-Emilion, Pomerol and Pessac-Leognan followed by magnums.

Finally, a true sanctuary, the fourth and last floor contains a distinctive offering of great format bottles but also older vintages. And as some clients lack the time or originality to make their choice, the intendant provides boxes with two, three or six different bottles, Custom-ade assortments are also possible.

L’Intendant has been open for 15 years and is now run by manager Laurent Dumesny, but it is owned by Jean Francois Moueix’s Duclot negotiate house. This means one thing of particular interest to buyers of classified Bordeaux, that everything is bought in premier and in theory, prices for older vintages should be very reasonable that most wine shops have to re-stock at the going rate on the Place de Bordeaux.

It means they are at the mercy of present cost levels, whereas here you can pick up a La Pointe 2000 for €38 where it’s current price on 1855.fr is 43 Euros or Chateau Mouton Rothschild, 2002 for €295 compared to an 1855 price of €320. All wines are guaranteed to come straight away from the property, or from Duclot’s own vaults.