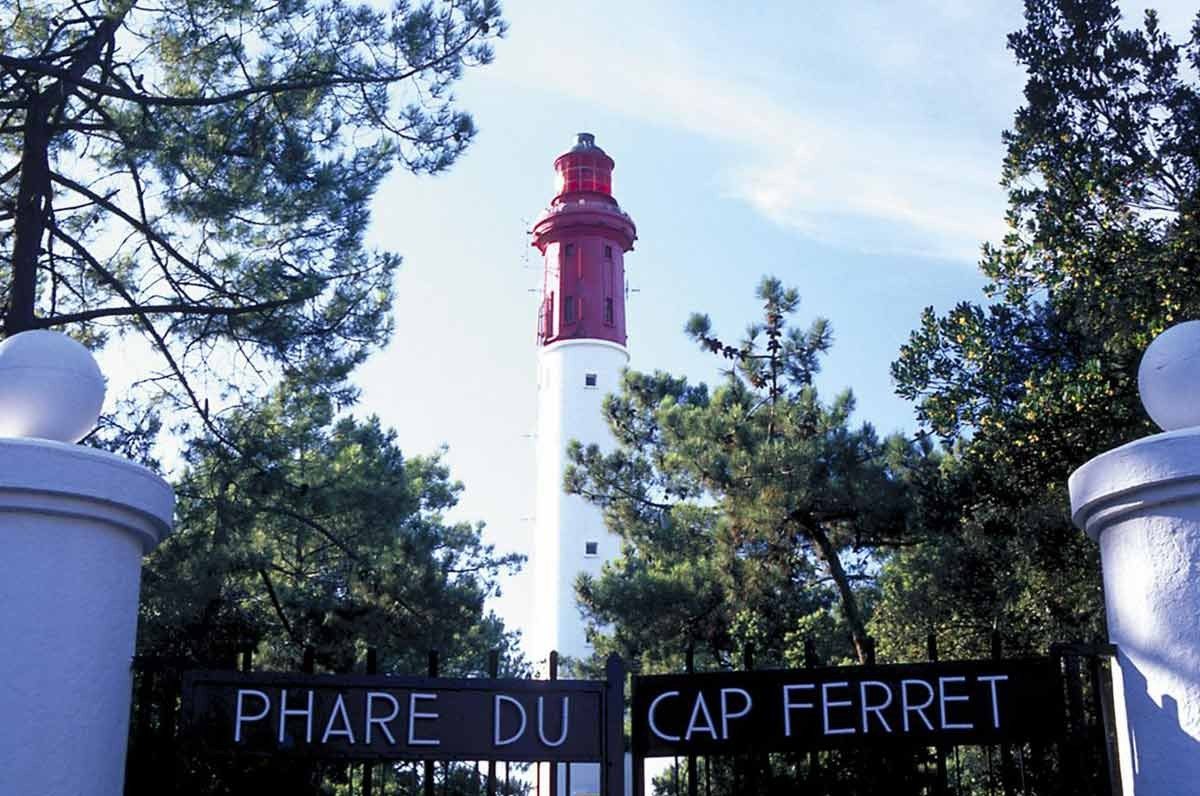 The lighthouse appearing currently in Arcachon bay was rebuilt in 1947. It was then inaugurated on 7th of August 1949, found a little interior on the peninsula to protect the building from erosion. The lighthouse was placed there to monitor and protect the varieties of vessels entering the basin from the strong ocean currents. The first lighthouse of Cap Ferret was commissioned on 1st of November by 1840.

It was equipped with only one fixed white light and then it was made electric in 1928. Built in stone, it stands to a height of 50 meters, with 275 interior steps and a light range of around 50 kilometres. The Bay of Arcachon was largely frequented by sailors who, in the hope of the miraculous catch, regularly risking their lives. It was decided to limit the sinking, report and monitor the very dangerous site.

The position of the lighthouse of cap ferret that was distant from the tip of Cap Ferret, but not at the end was finally allowed to overcome the erosion problems. Monitoring and maintenance required three guards and one alternate. So houses were located at the base of the lighthouse for the convenience of guards.

Towards the end of the Second World War, when the Allied forces landed, then the German army retreated the lighthouse that was actually blown up by the Germans in August 1944 during a night. From July 2000, under the control and permission of tourist office named the Lege-Cap-Ferret, the lighthouse of Cap Ferret is open to the public.

With those steps to walk up, one may be out of breath but will not be disappointed with the view! Visitors can look over the oyster beds, Bird Island, the Great Dune of Pyla and the gorgeous Atlantic Ocean. As per scan combine lots to save on postage.

The views are just as marvellously spectacular. When the tide is low you can enjoy the view of the raised oyster beds and canals for the boats. It is better during sunlight although overcast can be quite dramatic!

The whole of the peninsula in Cap Ferret around the Arcachon bay is really a lovely part of western France. Scuba and snorkelling are the most prominent entertainment in cap ferret region. It is not so familiar with English tourists but really worth a visit. The lighthouse of Cap Ferret is at one end of the cap ferret town.

It costs 6 Euroa to go up for the top view. The attraction in the town and the peninsula really calm waters on one side to the bay and surfing beaches of the Atlantic ocean on the other. Do not miss the top view from the lighthouse of cap ferret!